Facing the war in northern Syria, a statement from Make Rojava green Again

War planes above our heads, and for the first time since the revolution began we hear the bombs falling in the city of Derik. Some friends call, also in other cities the situation is the same. For a long time, the Turkish state has been threatening the eco-socialist revolution that is happening in Rojava, and today their threats have become reality. It’s not a surprise, we had been expecting this day for months. We are ready and we will defend this revolution.

The war have a lot of sides, not only the military one. We can talk about the ecological war that Turkish state is already running for several years, burning forests, cutting rivers and polluting soils. They had been trying to make life impossible for this revolution, but they failed, and today Rojava flourishes and resists as never seen before. So they decided to continue the war by more direct means. The war that starts today is the continuation of what Turkish fascism began long time ago. They seek to control and dominate the society and the nature, and they will put all efforts to destroy what they can’t dominate. They will attack the population and they will attack the nature that hosts this population. Now they are attacking with war planes, drones, tanks and all the arsenal of a NATO army. This reminds us that war industry is a clear example of how sick is the system we live in, able to move enormous amounts of resources to produce and distribute this machines of death, able to create a massive market from the will to murder.

The Rojava Revolution began more than 7 years ago, and despite the difficulties and contradictions, despite the physical and media warfare, the people of Rojava (together with the Autonomous Administration of North-East Syria) continues to write history. A history of democracy, women liberation and social ecology; a history of revolution and internationalism; a history of alternatives to the current capitalist mentality and the nation-state system. In order to build this alternatives, we are exploring revolutionary ways to develop as a society. Education and health projects are being carried out and are open to everyone. Cooperatives and communal economy projects based on agriculture and livestock are being developed, in which people can work their land collectively and in a sustainable way. Hundreds of reforestation projects, with fruit trees and olives trees, will help in the future to counter the effects of the climate change and the desertification that is advancing mercilessly.

This revolution is a long and deep process, which really goes to the roots of the problems, located at the bottom of our mind. Rojava teaches us that, in order to change the world, we have to change the way we look at nature and society. ‘Changes’ that seek to perpetuate capitalism with a ‘less dangerous face’, dressing it up with a new mask of ‘green capitalism’, will always remain on a superficial level, and the only thing they will do is to further perpetuate this system of domination and exploitation.

From the Rojava local committee of Make Rojava Green Again, we call for solidarity, active resistance and public support. We know that radical ecologist movements are already struggling, and we also send greetings and solidarity with those who are resisting. We can see a lot of actions motivated by the same will, the same dreams, that brought us to Rojava to start our social-ecological works here. For this, we call to continue and increase the resistance in all the different struggles, because at the the end all the struggles are one.

Our struggle is the struggle against oppression and exploitation, the struggle against capitalism, against nation-state and against patriarchy. Now more than ever, we will continue the fight for a free and green Rojava. Because the land must to be defended or there will be no place for the revolution. 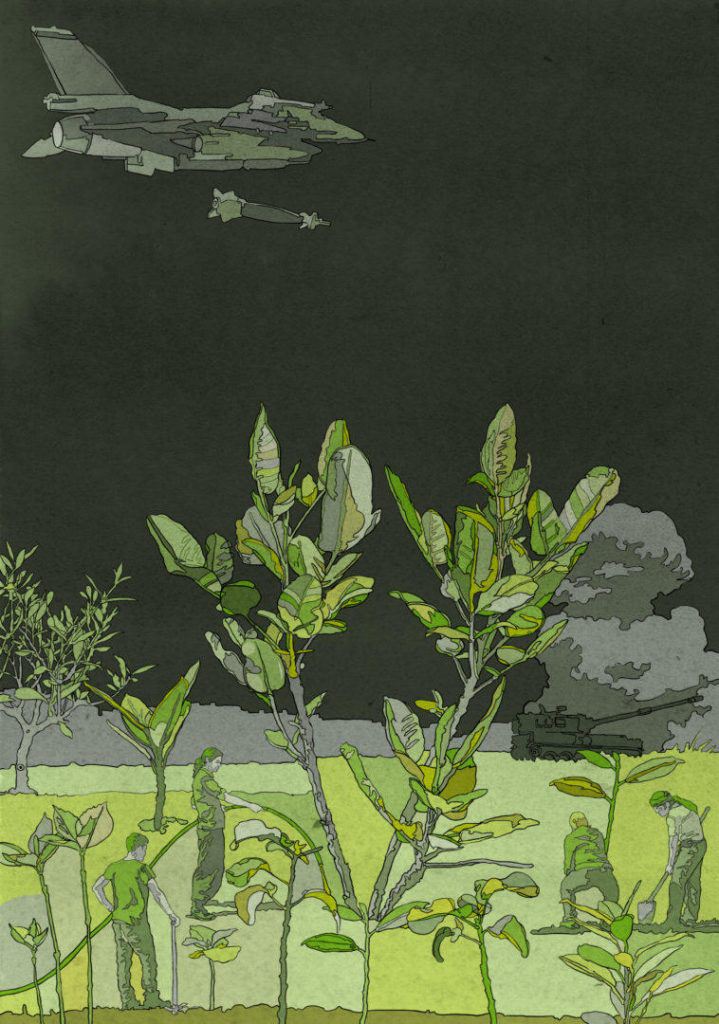 Now more than ever: Solidarity with Rojava

Now more than ever: Solidarity with Rojava

Out of Control – Hong Kong’s Rebellious Movement and the Left

Voices from inside Turkey against war and state attacks on civilians