NO TO EVICTION! DEFEND THE OCCUPATION CARLOS MARIGHELLA AGAINST THE GENOCIDE RACIST STATE OF BRAZIL

SHARE YOUR SOLIDARITY MESSAGE UNDER THE HASHTAG #OCUPACAOCARLOSMARIGHELLA OR SEND IT TO LUTAFOB@PROTONMAIL.COM 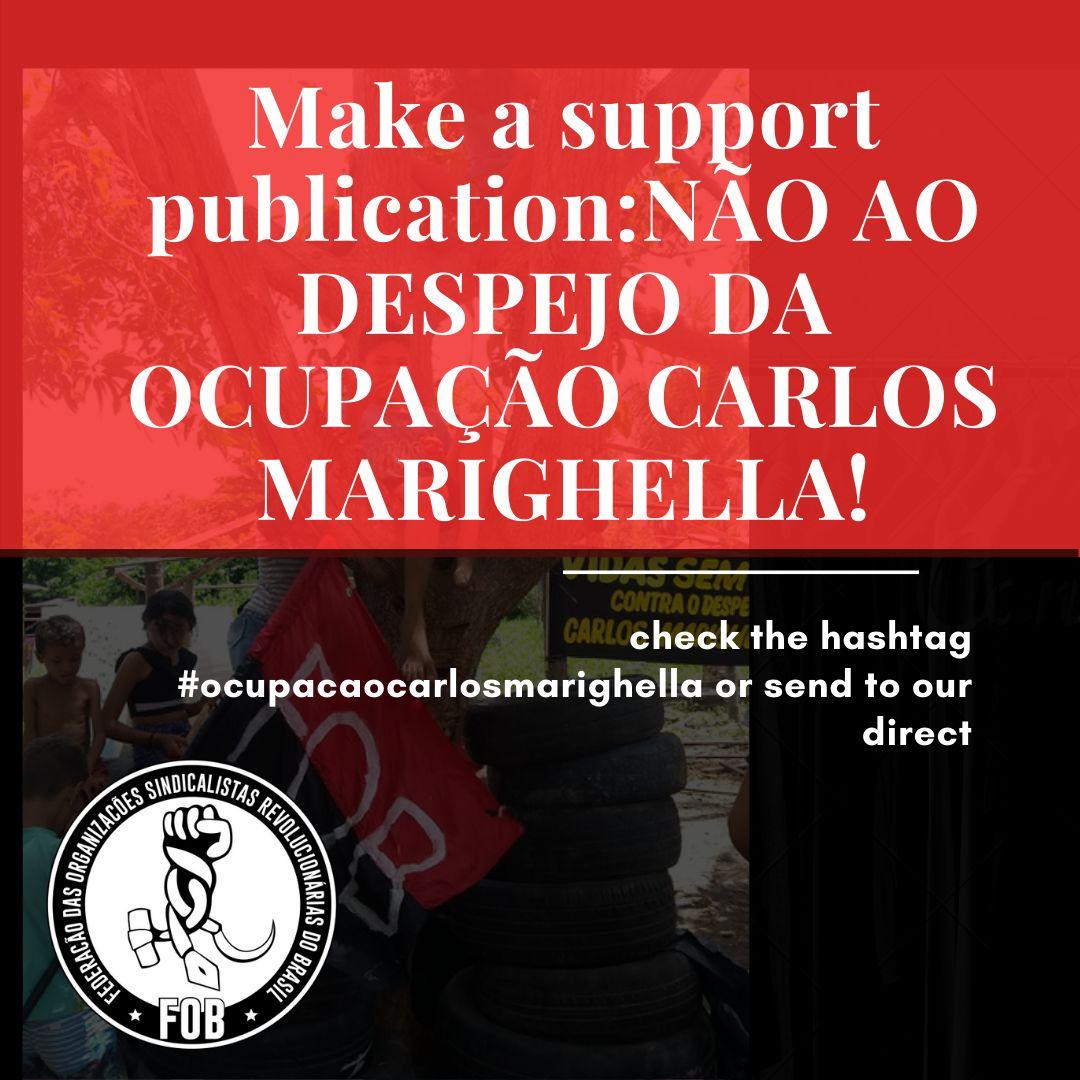 The brave journey of the Carlos Marighella Occupation (CMO) is going through a decisive moment in its recent history, as the forced eviction of the 85 families that occupy the land on the outskirts of the city of Fortaleza, Ceará, Brazil is scheduled for December 11. Born out of the need to face the pandemic of misery and Covid-19, the struggling poor people occupied an abandoned land for 20 years to assert the right to housing and dignified life.

Located in the Modubim neighbourhood, the CMO is made up mostly of black women, men and children, poor workers who like millions of others in Brazil are fighting and resisting for decent housing and living conditions amid the advance of a far-right paramilitary government, Bolsonaro-Mourão. The CMO’s resistance began on June 8, 2020, when women, men and children in resistance and struggle raised their shacks, planted their feet and decided to fight for the right to housing.

Since then, the CMO has symbolized the practices and ties of solidarity between poor workers in its historic struggle to free themselves from the oppressions of the capitalist system that punishes the poor and rewards the rich. This expression of resistance historically appears in a diffuse way among the people who have always built practices of mutualism in the daily struggle for the existence of poor workers and indigenous nations.

In Brazil, in reality, the CMO symbolizes popular insurgency and rebelliousness against the genocide of indigenous and black peoples. FOB understands that mutualism is the ability of workers to organize themselves, always developed from the bottom up. In other words, it is only because of the popular base that the horizontal and autonomous union between male and female workers is able to build the appropriation of the conditions for the reproduction of existence, of a dignified and free life.

In this sense, the CMO presents itself as a beacon of popular resistance, for the land and sovereignty of those exploited and enslaved by capitalist racism. Empowering our people physically and politically to resist the militarized, genocidal, colonial and patriarchal bourgeois state.
Bourgeois justice has not revoked the eviction order that authorizes the cretinous use of force to destroy the CMO, amid a pandemic that mainly massacres the people while the powerful continue to profit from the misery of the working class.

For this reason, it is more than urgent to defend the CMO through solidarity and popular unity against the eviction of dozens of families threatened by the reactionary state and its petty accomplice, bourgeois law.

The justice of the people determines that the land belongs to those who live and work on it. The CMO is organized by the residents’ self-management and has built an emergency negotiation plan, presenting and confirming the real conditions of the self-organization and collaboration of the rebel people.

FOB calls on the solidarity of all working-class organizations to the Carlos Marighella Occupation to defend the rights of the struggling poor people. Please, share a message of support for the occupation on your social media under the hashtag #ocupacaocarlosmarighella, or send a solidarity message from your group, organisation or union to FOB’s email, lutafob@protonmail.com.

All in defence of the CMO against the speculative fate of governments, justice and capitalists.
Zero eviction! 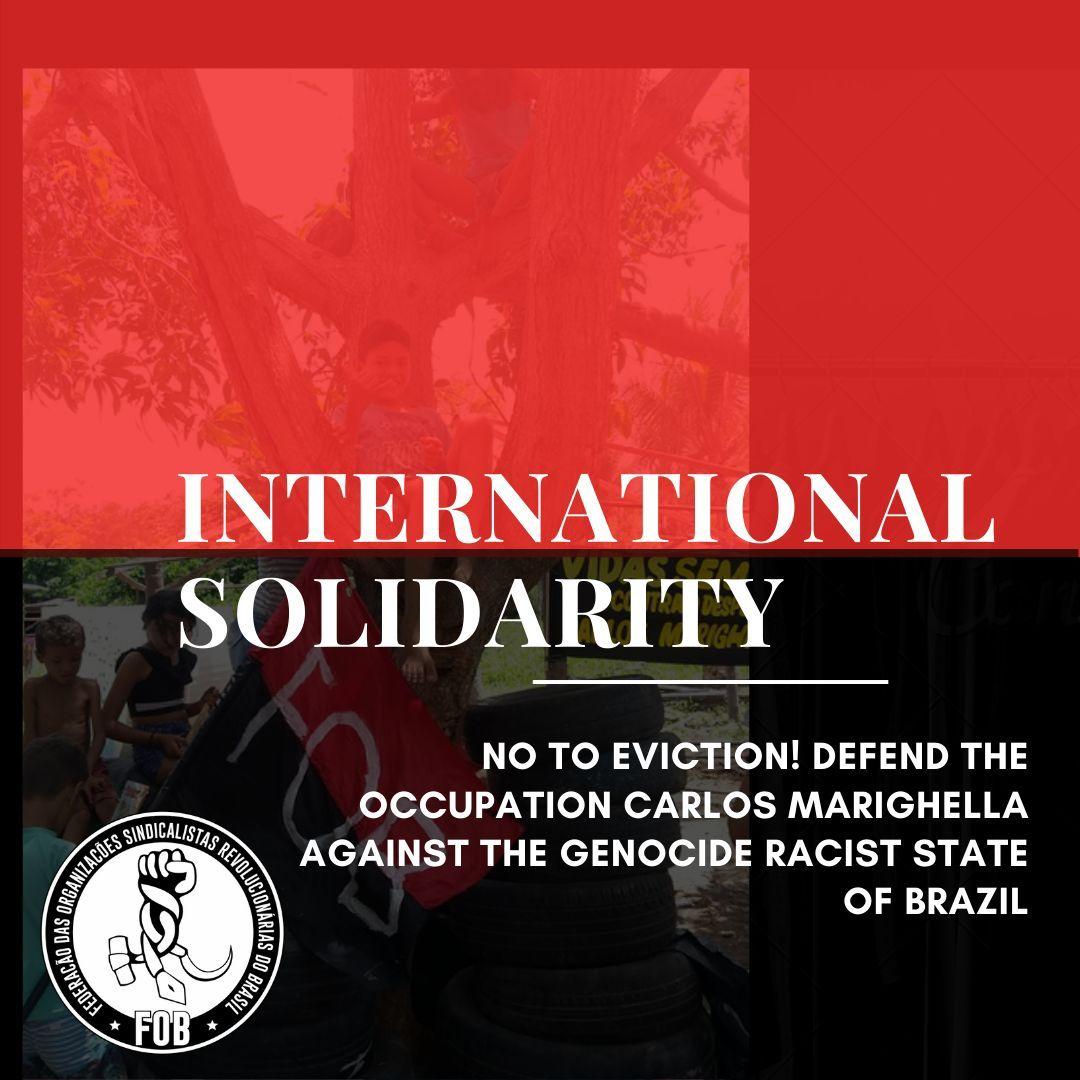 [Brazil] Long live the struggle for the liberation of working women!

The owners of Dragon Group begin payments. But it’s not enough…

To our comrades and friends across the world…thank you from Dhaka, Bangladesh.